This is the best Package Deal with all Major Cities are included. In this ", you will visit the major part of the Kathmandu city with popular ancient temples and sightseeing of the city. Also you will visit Pokhara, 200 km west of the capital Kathmandu, which is one of the most popular destinations for tourist in Nepal. Three out of the ten highest mountains in the world are situated nearby Pokhara making it a magical vacation package. We will Trek to Gandruk village this trek is a short trekking in Nepal but probably the best mix cultural trek in Annapurna region. From Ghandruk village you can enjoy the views of Annapurna south, Hiunchuli, Annapurna, Machhapuchhre (fishtail) and so on. We will visit Chitwan for exciting jungle safari. At Chitwan you will have a Jungle Safari at Chitwan National Park along with local cultural tours. If you love nature and adventurous, then you will love this Chitwan Jungle Safari  Package. "Adventure Tour"  makes it perfect Nepal Trip

Upon arrival at the Tribhuvan International Airport in Kathmandu,
Our company representative will be on standby with our vehicle & a sign-board plaque displaying our your name & companys name at the Airport to pick you up and transfer you to your Hotel. After youve freshen up, a senior executive from the office will give you a short briefing about your whole program. Get familiar with your surroundings, rest or take a short stroll down the road. Your first overnight at your hotel in the valley of the gods.
Overnight at hotel in Kathmandu.

A.    Syambhunath Temple:/ Monkey Temple
Swayambhunath is an ancient religious complex atop a hill in the Kathmandu Valley, west of Kathmandu city. It is also known as the Monkey Temple as there are holy monkeys living in the north-west parts of the temple.Swayambhunath occupies a central position, it is probably the most sacred among Buddhist pilgrimage sites. The Swayambhunath complex consists of a stupa, a variety of shrines and temples, some dating back to the Licchavi period. Although the site is considered Buddhist, the place is revered by both Buddhists and Hindus. Numerous king Hindu followers are known to have paid their homage to the temple, including Pratap Malla, the powerful king of Kathmandu.


B.    Boudhanath Stupa
Boudhanath Stupa (or Bodnath Stupa) is the largest stupa in Nepal and the holiest Tibetan Buddhist temple outside Tibet. It is the center of Tibetan culture in Kathmandu and rich in Buddhist symbolism. The stupa is located in the town of Boudha, on the eastern outskirts of Kathmandu. The stupa consists of a dome at the base, above which is a cubical structure painted with eyes of Buddha looking in all four directions with the word "unity" in the main Nepali dialect between them.[citation needed] There are pentagonal Toran present above each of the four sides with statues engraved in them. Behind and above the torana there are thirteen tiers. Above all the tiers there is a small space above which the Gajur is present. The stupa has many artifacts inside it.

Overnight at hotel in Kathmandu.

A.    Rafting in Trishuli River :(Lunch Provided)
You will be taken to the raft put-in point at Fishling in a 2-3 hrs drive. Abiding by the guidelines provided by a river guide, you will fight your way along the rapids of the Trishuli River down to Mugling  where lunch will be provided.before we stop for a lunch break. After an exhausting battle, you will be driven back to Pokhara where you can enjoy a well deserved rest. Rafting on the Trishuli River is an excellent opportunity to observe the diversity of demography, landscapes, and cultural heritage and the flora and fauna. You can experience the thrills of white-water rafting.


B.    Pokhara:   (Checkin in Hotel)
Pokhara is blessed with stunning panoramic views of the Annapurna range which forms its backdrop. The mesmerizing Machhapuchhre also called Mt. Fishtail dominates the scenery because of its proximity to the valley and can be seen from anywhere in Pokhara. Stretching from east to west, the Annapurna massif includes Annapurna 1 to IV and Annapurna South. Further away are seen the giants, Dhaulagiri (8,167m) and Manaslu (8,163m).

A.    Sarangkot
Early morning drive to Sarangkot (1590m) to view the sunrise. From here, you can see a panoramic sweep of Himalayan peaks, from Dhaulagiri (8167m) in the west to the perfect pyramid that is Machhapuchhare (6997m) and the rounded peak of Annapurna II (7937m) in the east. The village of Sarangkot overlooks the city of Pokhara and its lake on the north-western outskirts of the city. Back to Hotel for breakfast.


B.    Paragliding
Today you will be enjoying an unique Paragliding experience over the Annapurna mountain ranges. Take off is from Sarangkot at 1425m altitude, and lands on the banks of Fewa Lake.  A prepared take off allows pilots to fly directly to the Annapurna, giving you an adrenaline rush and a panoramic view of the city and the snow covered peaks.


C.    Devis  Fall
Davis Falls is one of the popular tourist destinations of Nepal. It is known as Patale Chango in Nepali. The Gupteshwar Cave is located near this fall. The waterfall gets its water from the Phewa Lake. The Davis Falls is a unique waterfall around 2 kms from the centre of Pokhara city. This falls flows directly into a narrow and deep canal which has no ends.

D.    Boating in Phewa Lake
Boat trip in the lovely Phewa Lake is the foremost attraction of Pokhara. Paddling out into the middle of the lake is a nice way to spend a quite afternoon. Phewa lake is the largest lake in Pokhara valley and the second largest lake in Nepal. Encircled by Sarangkot and Kaskikot hills, the lake holds a pagoda-style temple. Another attraction is the reflection of Mount Machhapuchhre and Annapurna range on the crystal clear water of the lake. While boating in Phewa Lake, you can see several varitiies of fish.

E.    After the exhilarating experience, you can explore Pokhara on your own. Rest and get ready for Gandruk Trek for tomorrow.

Breakfast, drive to Nayapul
A.    The start of the trek is at Nayapul (4-5 Hour trek)
This is a beautiful shortest trekking you can do in Annapurna region, the trek is easy and much romantic walking through the beautiful villages. Ghandruk trek is a short trekking in Nepal but probably the best mix cultural trek in Annapurna region. There are no other routes which have this much natural diversity & cultural variety.It offers you a magnificent views of annapurna range as well as massive dhaulagiri.

B.    Arrival in Gandruk
From Ghandruk village you can enjoy the views of Annapurna south, Hiunchuli, Annapurna, Machhapuchhre (fishtail) and so on.You can also enjoy the nice sunrise view at mountains early in the morning. Ghandruk lies to the north of the picturesque city of Pokhara, the district headquarters of Kaski. Ghandruk Village Development Committee (VDC) rises from a height of 1,000 m to 8,091 m above sea level, where Ghandruk village is situated at an altitude of 1,950 m.

Overnight at hotel in Gandruk.

Day  06:      Gandruk - Pokhara
A.    After breakfast start trekking down towards Nayapul which will take around 3-4 hours.From Nayapul drive to Pokhara and lunch will be ready when you reach the hotel.

B.    After the trekking experience, you can explore Pokhara on your own. Rest and get ready for Safari for tomorrow.
Overnight at hotel in Pokhara.

B.    Half Day Jungle Activities
Overnight at hotel in Chitwan.

Breakfast, drive to Kathmandu,after reaching Kathmandu.Seightseeing:
A.    Hanumandhoka Durbar Square
Kathmandu Durbar Square or Hanumandhoka Durbar Square is the plaza in front of the old royal palace of the Kathmandu Kingdom. It is one of three Durbar (royal palace) Squares in the Kathmandu Valley in Nepal, all of which are UNESCO World Heritage Sites .  Hanuman Dhoka (Hanuman Gate), with several complexes spread over an area of about five acres, is the social, religious and urban focal point of Kathmandu. The square is the complex of palaces, courtyards and temples that were built between the 12th and the 18th centuries by the ancient Malla Kings of Nepal. The Durbar is divided into two courtyards, the outer comprising Kasthamandap, Kumari Ghar, and Shiva-Parvati Temple, and the inner consisting of Hanuman Dhoka and the main palace. It also houses two museums. Important ceremonies, including the coronation of the Nepali monarch, are held in the Kathmandu Durbar Square.

B.    Shopping Time:
You can indulge yourself with personal activities like shop for locally produced, unique, Nepali products.
C.    Farewell Dinner with Nepalese Culture show.
Overnight at hotel in Kathmandu.

Day 10:    Kathmandu - Departure     (B ) After breakfast, transfer to airport for final departure. 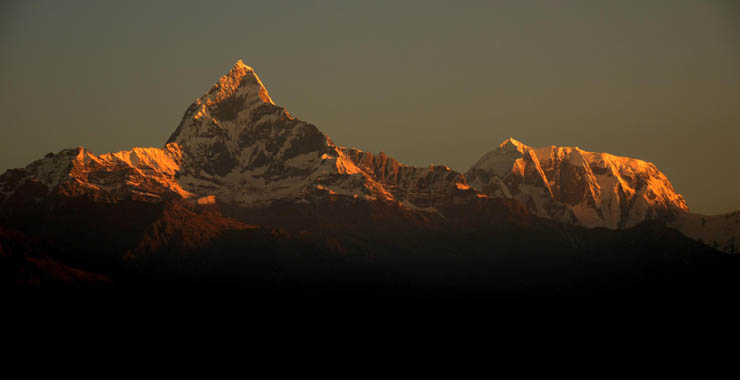 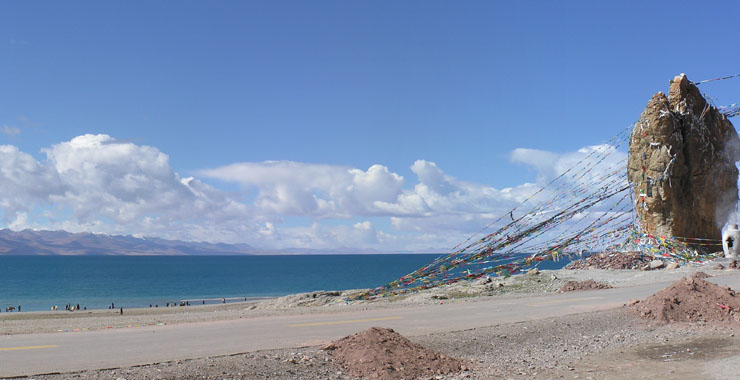